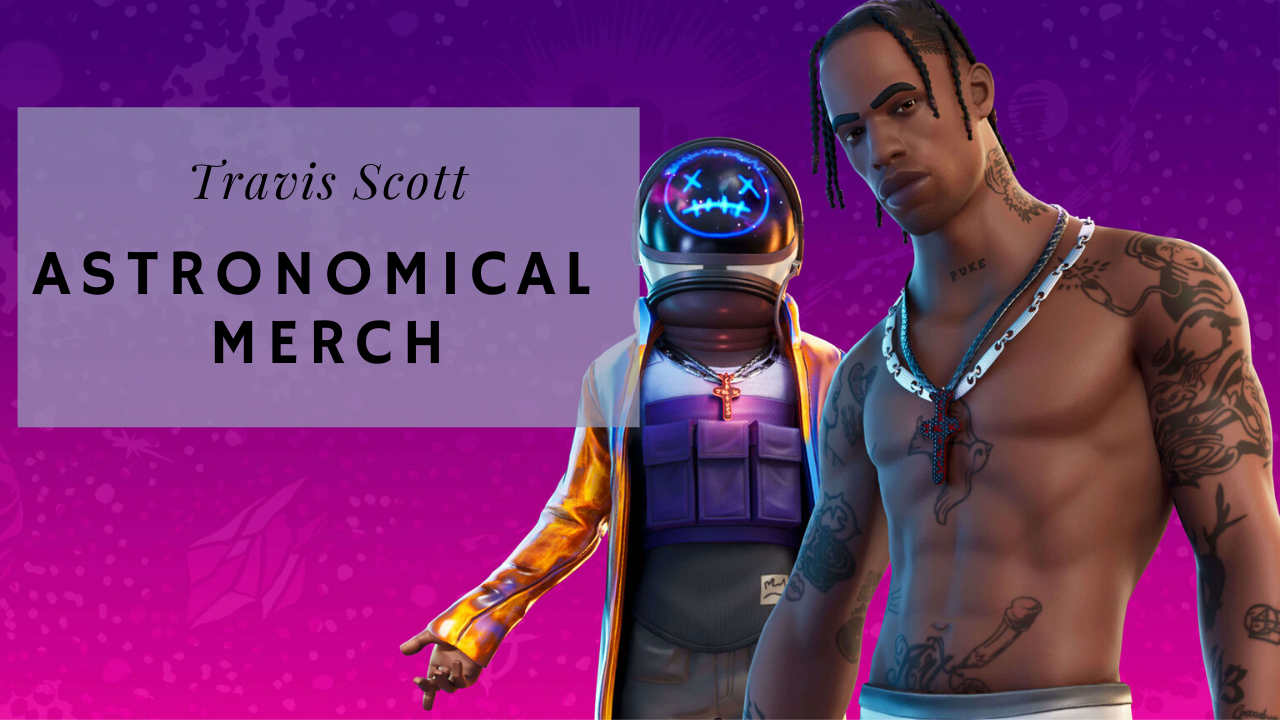 In the time of today where almost everything has now shifted online, tours and concerts have too! Singer, songwriter, and rapper Travis Scott took it upon himself to entertain his loyal fans in the midst of this quarantine, by partnering with the infamous video game ‘Fornite‘ to present a virtual musical performance.

Along with this musical performance, came a limited edition collection called the Travis Scott Astronomical x Fortnite Merch. A little later after the artist’s first virtual concert took place, he tweeted a link on the site that opened up to an entire website dedicated to this Fortnite collection. And in this collection were a range of different clothing items, such as Fortnite hoodies, shirts, Cactus Jack Astronomical stuff, Travis Scotts Fortnite Character and his action figures as well as many more. 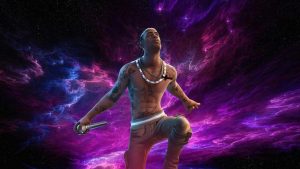 This Fornite merch collection also featured a Nerf Blaster along with Fornite skins. The blaster consists of a psychedelic style, while the shirts feature diverse colors along with the Travis skin on the back of the shirt as a reference to the virtual concert event.

The action figure also features the skin as well! Along with many other, one of them include a Fornite Map skin, as another reference to the game. While another figure is of Scott himself. Lastly, these skins were also available on the Fornite game shop on April 26th. So now all Travis fans can rock the skin of their characters while playing the game. And able to express their love for gaming as well as their favorite rapper at the same time!

Along with the skins, the collection also includes a series of vinyls and cassette tapes called “The Scotts”, as a part of the merch from reference to the collaboration of Travis Scott and Kid Cudis new track. Which was also debuted during the online concert. 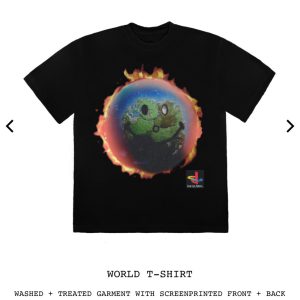 The Travis Scott X Fornite astronomical tour merch collection, ranges and starts from $40 and goes upto a whopping $95 on Scotts official website.  Making it rather un-affordable for the younger audiences. And to make sure that all of you dedicated and loyal fans are able to get your hands on the merch, we took it upon ourselves to provide you with high quality and affordable merchandise.

While unofficial merchandise tends to be of low quality and of cheap prints and discoloration. We have made it sure that the merch we provide is the best of the best. So you shop carefree and with confidence.

The quality of hoodies, shirts, and all of the merch is of the top material. Hence, you dont to worry about your investment going to waste. The merchandise is high quality makes sure that it will last you a lifetime and will be durable.

So we guarantee, that with us, not only will you be able to get your hands on this limited edition and sold out item. But you will also be able to get it at a reasonable price, and high quality. Now you dont have to worry about anything while shopping online. You just worry about how you will be replying to all the compliments youre going to be getting!