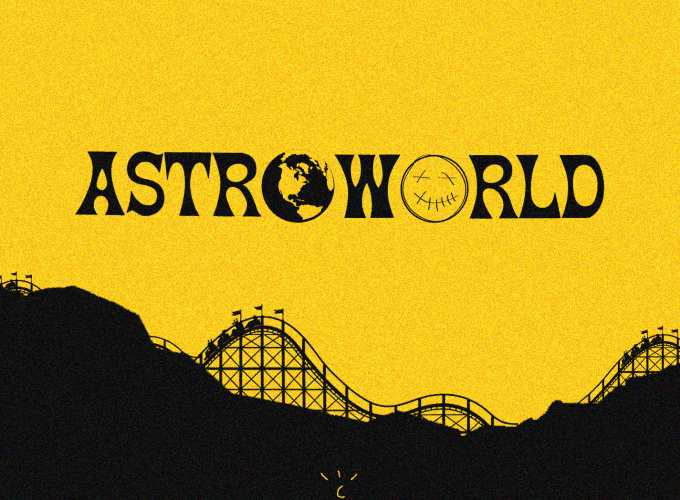 Being one of the most celebrated and hyped merchandise collection, some products of Astroworld Merch remain scarce to this day. This is because of the limited availability of the item at a specific place. Only lucky fans were able to get their hands on these rare items and they continue to enjoy the privilege of these golden rare Astroworld Merch outfit. We are listing 3 of the rarest items from Astroworld Tour Merch which were available to only some limited places and people!

When Travis Scott announced the dates for Astroworld Tour Leg 2 in LA, to celebrate the occasion he collaborated with Dover Street Market and released street style sketched Astroworld Merch which included shirts, hoodies and even a beanie. This Merch was released in a capsule shop in LA, and contained both Astroworld Slogans and DSM printed front and back. This apparel was only available for some hours and only few hard-loving Travis Scott fans were able to get it!

You can buy DSM Tie Dye and other LA capsule merchandise now!

LaFlame released the Astroworld Album in August 2018, and to sell his records, he put forward an online Astroworld Merch drop on his official website which remained from 1st to 10th of August in which the merchandise kept restocking after being sold out. Virgil Abloh designed two Astroworld themed tees which were available on 9th and 10th of August. These shirts contained Cactus Jack’s Action figures along with Astroworld Logo. These shirts were only limited to 500 pieces and were sold out in the first go.

You can buy Astroworld Tour Leg 1 and Leg 2 items in high quality on Travis Scott shop!

One of the seniors from Eisenhower High School reached out to Travis on social media and requested him to design something for their graduation. Travi$ responded to him surprisingly and sent Astroworld themed graduation shirts for all the seniors graduating. The shirt featured a smiley face with ‘Wish You Were Here’ Slogan and ’Eisenhower Seniors’ printed on the front. This is the rarest item from the merchandise which only reached some of the luckiest seniors on this planet!