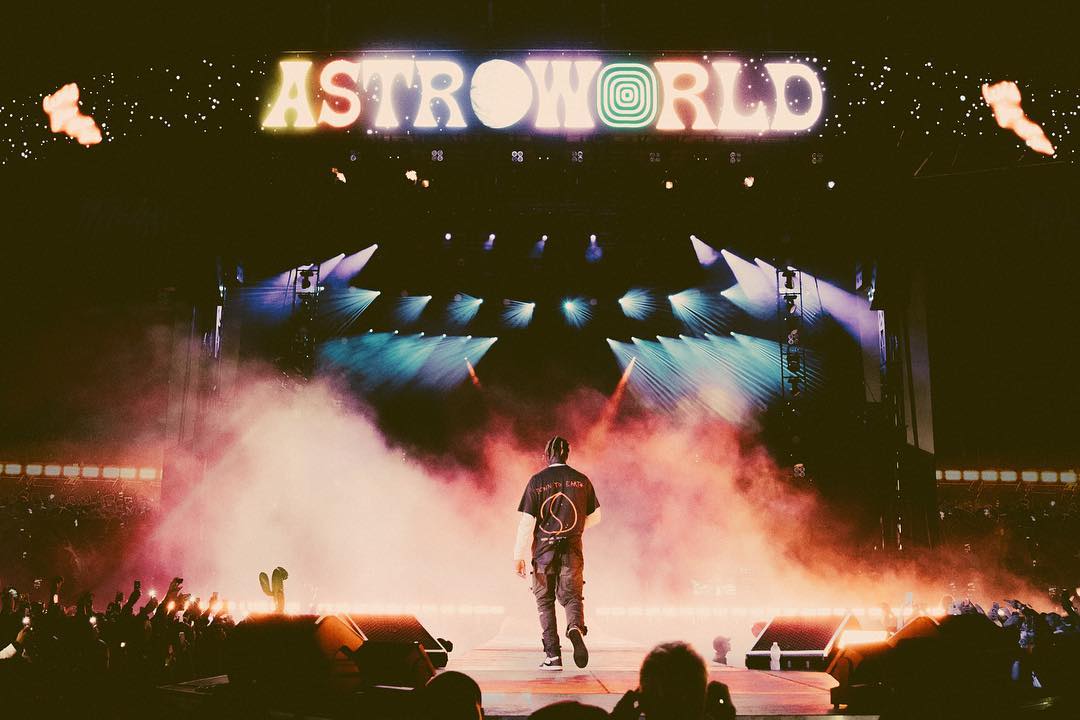 Last night Travis Scott announced on his official twitter account about the return of Astroworld Festival in Houston, Texas and that the tickets were on sale on official website AstroworldFest. The 2nd Astroworld Festival titled “Astroworld: The Sequel — We’re all in this together” will be held on November 9th, 2019. The news fell on the people like a roller coaster of emotions. In mere seconds, the news spread around the Hip Hop community like a wild fire.  Fans waiting for another phenomenal amusement park ride were psyched and went on tattering about it on their own twitter accounts. Looking at the past tours and festivals and a massive fan following, I won’t be bragging if I say that this Astroworld Festival will be like none other.

It all started last year in August when Travis Scott released (to be) the most celebrated album record of his entire career named “Astroworld”. Astroworld was based on the amusement park located in Houston having the same name, which was operated by Six Flags Corp. in 1970s. It was a renowned fun land for all the residents and was a known tourist spot for its symbolic and creative rides. In 2005, Astroworld theme park was demolished due to some issues. As a kid, Travis used to visit Astroworld Park and it was a considerable part of his childhood. Keeping this close to his heart, Travis released the album to promote this idea of an amusement park in his home town Houston. Along came the merch collection which was released from 1st to 10th August in small gaps. It was a limited collection and whoever bought it also had to buy a record of Astroworld album. Call it a strategy to sell his records or making it a symbolic gesture to promote Astroworld theme park idea, his entire merch collection was sold out in mere hours and many fans were left out. We provide high quality unofficial merch collection. You can buy it here.

The first Astroworld Festival was held in Houston last year in September. Travis also went on concert tours to promote Astroworld and the major tours include Wish You Were Here Leg 1 and Leg 2 which ended in March 2019. These shows were top notch and in every concert Travis brought even more energy to the stage and the audience than before. Leave the lyrics and the songs, the part that made Astroworld into a symbol was the experience – taking the whole arena to an amusement park ride – that was the best part of it. That’s what made fans go crazy. ASTROWORLD Merch was also sold on these concerts and tours. These merch items were only available there in low quantity and some of them are rare to find today. You can buy Astroworld Leg 1 and Leg 2 collection on this website. Custom collection is also available.

After March 2019, the fans were anxiously waiting for the announcement of Astroworld tour leg 3 and the merch drop. But Travis didn’t announce any extension in the tour, until yesterday. Astroworld Festival was an event to remember even when the fans didn’t know what to expect. But now the fans are looking forward, the Hip Hop community is dying for the Astroworld Festival sequel to be held in November. But now Travis has to bring something to that festival which is even better and exciting than the previous shows. He has to meet or even exceed the fan’s expectations which are already quite high. Let’s not worry about that, as Travis has not disappointed in the past, he won’t be disappointing now. See you in the arena, Astroworld Army! Peace!

We have high quality unofficial Astroworld Hoodies, Shirts and Hats available on our site! Buy now and avail free shipping and other discounts!