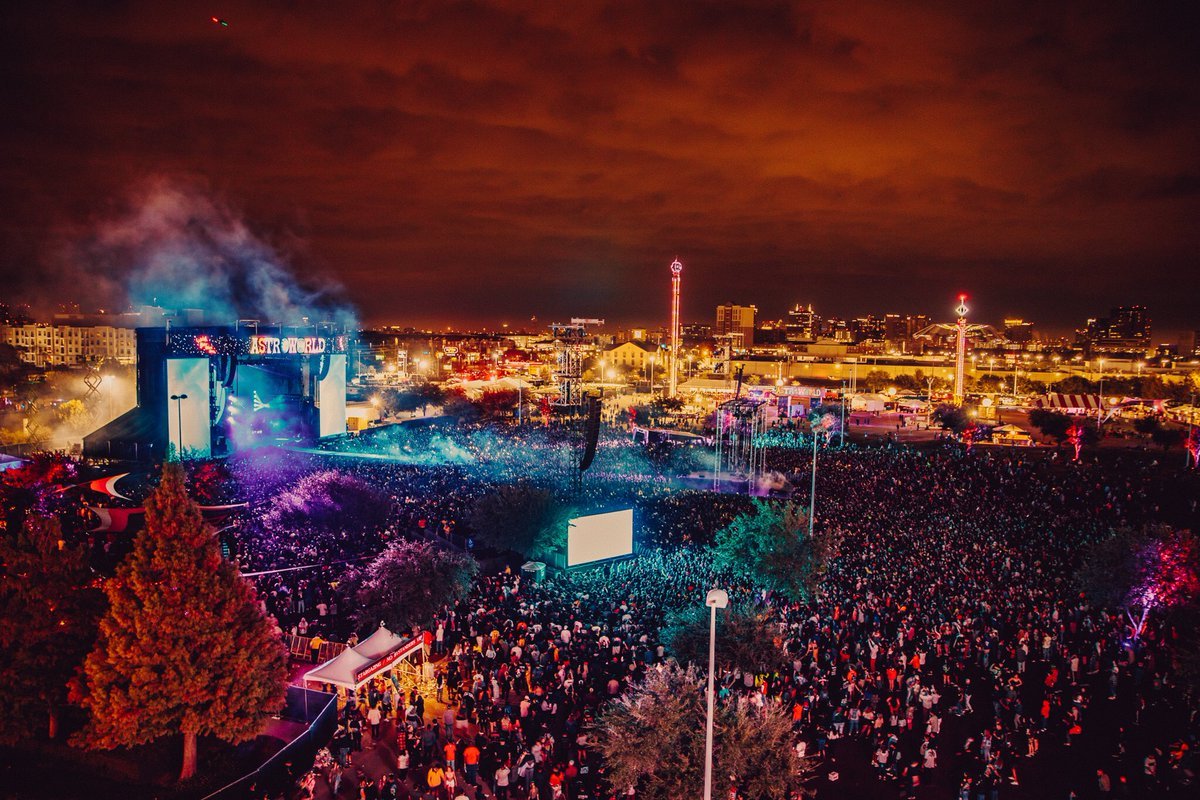 Travis Scott’s Astroworld Festival sequel is coming next month and the fans are excited. The sequel titled ‘We Are All in This Together’ will be held on November 9, 2019 in NRG arena near Astroworld Amusement Park location. The tickets are almost sold and once again Houston, Texas will be lit to the sky! Hardcore fans of Travis Scott are already making preparations for the event. Some are rapping to their Lungs and some are busy with their style.

When thinking of Astroworld Festival where all the family will be dancing their hearts out with Travi$, the most important thing is the Astroworld Merch. You can’t wear your casual clothing to the festival – YOU WILL BE CRAZY TO EVEN THINK ABOUT THIS! You will be standing out among thousands of fans who will be wearing their favorite Astroworld apparel. If you are going to the festival, YOU MUST BUY SOMETHING FROM ASTROWORLD MERCHANDISE. To make it easy, we are listing down some products which are perfect to wear on Astroworld Festival.

Astroworld Festival Houston shirt is the official shirt of Astroworld Festival 2018. It is the perfect item to wear on the upcoming event and will make you a part of the Houston family. The front side of the shirt has a small Astroworld Festival logo while the back side features a huge logo with Houston, Texas written on it. Considering that it is a rare item, this shirt will be the ultimate merchandise to be worn of the Festival.

You can also check other Astroworld Festival 2018 Merch on our site.

Nobody can underestimate the importance of the symbolic Astroworld hoodie. Perhaps the most popular product of Astroworld Merch, this hoodie can be recognized anywhere in the whole USA. The front side of the hoodie has a well knitted Astroworld Logo while the back side features ‘Wish You Were Here’. One of the best go-to items for Astroworld Festival 2019!

Check it now on our site with other Travis Scott website Merchandise.

The Festival is going to be held in the Mighty Texas. And when you go to a Texas Concert, you want people to know where you are from. Don’t Mess With Texas Shirt, Probably the best item to wear for proud Texans! The front side of the shirt has a small Astroworld Logo while the back features a snake with slogan ‘Don’t Mess with Texas’. A golden item for Texans!

Check it now along with other Astroworld Tour Leg 2 items.

Hurry now so that you can get your orders before 9th of November! Order now at Astroworld Merch and get free shipping all over USA!

3 Items You Can Buy For Astroworld Festival 2019